The precise combination of ingredients found in LIMITLESS MUSHROOMS SCOOBY SNACKS delivers elevated sensory effects and an energetic experience, which is perfect for a solo adventure, hanging out with friends, camping, concerts, music festivals, social settings and dancing the night away!

LIMITLESS ENERGY FOR YOUR ADVENTURES!

LIMITLESS MUSHROOMSô SCOOBY SNACKS are also a great tool to use during those times when you need a mega boost in mood and energy to power through your day!

If you are looking for a real replacement for Ecstasy (aka, Molly), then take 4-6 capsules and get ready for an absolutely exhilarating night! Maximum fun, with absolutely zero hangover – and non-addictive. A serving of 4-6 capsules of LIMITLESS MUSHROOMS SCOOBY SNACKS will allow you to enjoy mild hallucinations, flowing energy, elevated vibrations, deep thinking, great sounds and some cool visuals – all while staying in full control of your fun!

Each and every ingredient in LIMITLESS MUSHROOMS SCOOBY SNACKS is included in a precise dosage and is targeted to deliver a specific effect, all while working in perfect synergy. SCOOBY SNACKS is formulated with a very unique blend of psilocybin mushroom powder, which includes of 3 Psilocybe cubensis mushroom varieties, Golden Teacher, African Transkei and Goldie Locks. Each of these 3 psilocybin mushrooms have unique properties and they also have many similarities, which allows them to work so well together.

Take 1 capsule on an empty stomach. Start with 1 capsule to assess your individual tolerance. You can increase the dosage as desired. We do not recommend that you exceed a 4-capsule serving size, however some people have reported consuming up to 6 capsules at a time. We recommend you only consume a 4-capsule serving size once a week at most. Everyone develops a tolerance to psychedelics, so the more frequently you use, the more your tolerance will build up.

Although the dosage of psilocybin mushroom in our SCOOBY SNACKS formula is a bit on the high end for microdosing, some people like to use them as part of their regular microdosing program. Some people simply require a higher microdose. Just keep in mind that your body develops a tolerance to psychedelics such as psilocybin mushrooms relatively quickly, even after just one dose, which is why it’s always recommended to follow either the “Fadiman” or “Stamets” protocol (or something similar) when microdosing. The Fadiman protocol is named after Dr. James Fadiman, one of the world’s leading researchers on psychedelics. The Fadiman protocol has users taking a microdose every three days—so one day on, two days off, then repeat. The Stamets protocol is named after Paul Stamets, the world’s top mycologist and number one authority on everything related to mushrooms and fungi. The Stamets protocol has users taking a microdose for 4 to 5 consecutive days, followed by 2 to 3 days off (4–5 on, 2–3 off, then repeat).

The Science Behind the Ingredients in LIMITLESS MUSHROOMS SCOOBY SNACKS

LIMITLESS MUSHROOMS SCOOBY SNACKS have been scientifically formulated by one of the best researchers and product formulators in the dietary supplement and natural health product industry. His 20 years of experience researching and developing health supplements is now being applied to this cutting-edge SCOOBY SNACKS formula. Each and every ingredient is included in a precise dosage and is targeted to deliver a specific effect, all while working in perfect synergy.

The three varieties of Psilocybin cubensis mushrooms in this SCOOBY SNACKS formula were chosen for their powerful uplifting properties and consistent psilocybin/psilocin content. Psilocybin and psilocin are the two key active compounds in magic mushrooms. Both psilocybin (O-phosphoryl-4-hydroxy-N) and psilocin (4-hydroxy-N,N-dimethyl-tryptamine) are equally psychoactive, but it is actually psilocin that is largely responsible for the high that mushrooms produce. This is because the main method of taking mushrooms is oral ingestion, and any psilocybin that is ingested is broken down to psilocin in the digestive tract by the enzyme alkaline phosphate. We know that psilocybin is just as psychoactive, as scientific research often uses other methods of dosing that bypass the digestive tract, maintaining the structure of psilocybin within the body but still having the same effect.

Both psilocybin and psilocin occur naturally within magic mushrooms, but outside of the body, psilocin is very unstable and is quickly degraded when exposed to heat or oxygen. This is why fresh magic mushrooms bruise so easily when they are picked—it is the psilocin held within reacting and degrading.

Panax ginseng has been used in traditional medicine in China for thousands of years not only as an adaptogen (to increase resistance to stress and strengthen mental capacity) but also for its beneficial effects as an anti-inflammatory, antioxidant, antidiabetic and anti-cancer remedy.

Ginseng is traditionally used in energizing formulas because of its powerful adaptogenic and energy-producing properties. Studies in the last decades showed that ginsenosides, a special group of triterpenoid saponins, are responsible for the biological activity of ginseng. Adaptogens such as ginseng are capable of increasing cellular energy and helping cells utilize energy without over- or under-stimulation. ATP, the body’s cellular form of energy, has been shown to increase with adaptogen use. Panax ginseng is also considered an actoprotector, a subclass of adaptogen. Actoprotectors are preparations that enhance body stability against physical loads without increasing oxygen consumption or heat production. This is precisely one of the main reasons we included this ingredient in our SCOOBY SNACKS formula.

Theanine is structurally similar to the excitatory neurotransmitter glutamate, and in accordance, binds to glutamate receptors, though with much lower affinity in comparison. Theanine increases serotonin, dopamine, GABA and glycine levels in various areas of the brain, as well as BDNF (brain-derived neurotrophic factor) and NGF (nerve growth factor) levels in certain brain areas. Evidence from human electroencephalograph (EEG) studies show that theanine has a direct effect on the brain and significantly increases activity in the alpha wave frequency band, which indicates that it relaxes the mind without inducing drowsiness. In a recent research study, just a 50 milligram dosage of L-theanine caused a significant increase in alpha wave activity. The study data showed that L-theanine has a significant effect on the general state of mental alertness or arousal. This ingredient really adds a nice “flow and feel” to our SCOOBY SNACKS formula!

PEA is a member of the so-called trace amines. The expression “trace amine” is used to refer to a group of amines that occur at much lower intra- and extra-cellular concentrations than the chemically and functionally related biogenic amines and neurotransmitters epinephrine, norepinephrine, serotonin, dopamine and histamine.

PEA has mild stimulant effects, which leads to the release of so-called biogenic amines, including dopamine and serotonin. PEA supplementation is known to provide rapid improvements in mental clarity, mood, stamina, energy, libido, joy and motivation, making it a perfect ingredient to complement this formula

All of the mushrooms used in LIMITLESS MUSHROOMS products are organically grown in beautiful British Columbia, Canada.

Maximum enjoyment of Life, with zero side effects. 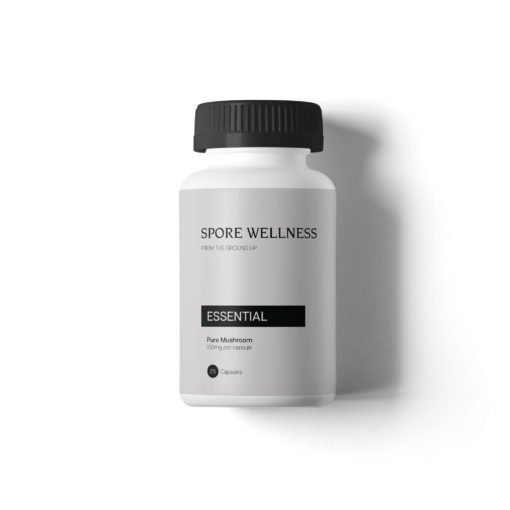 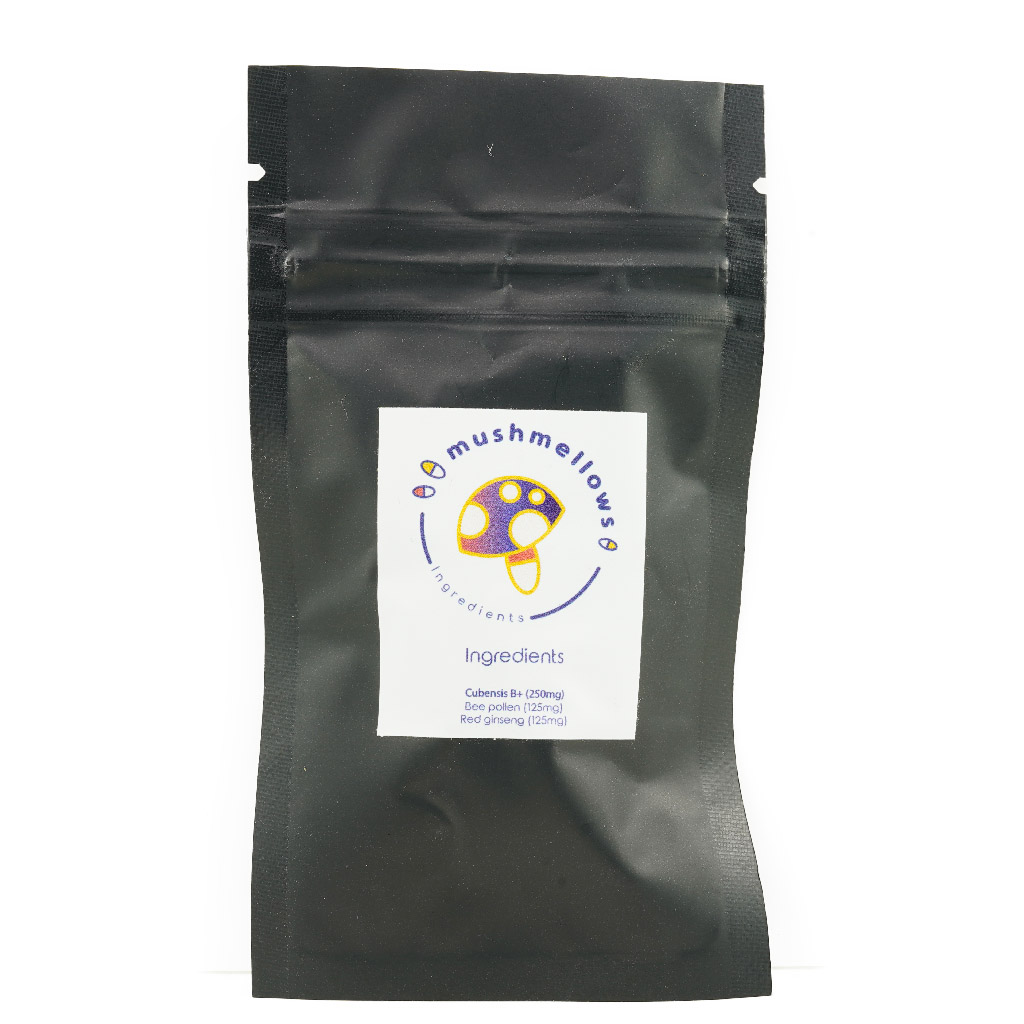 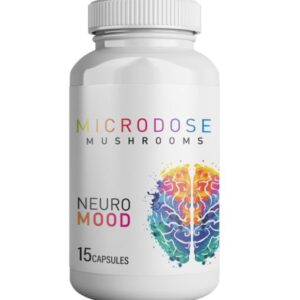 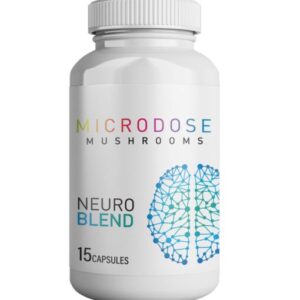 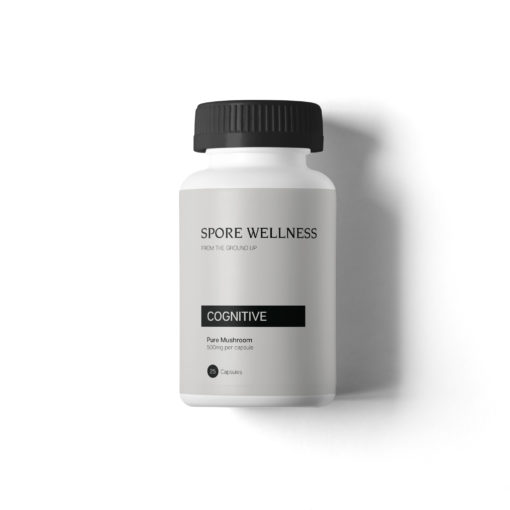 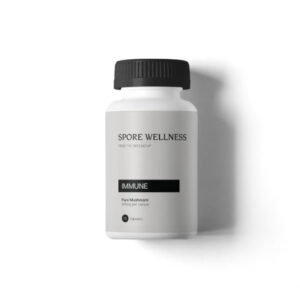 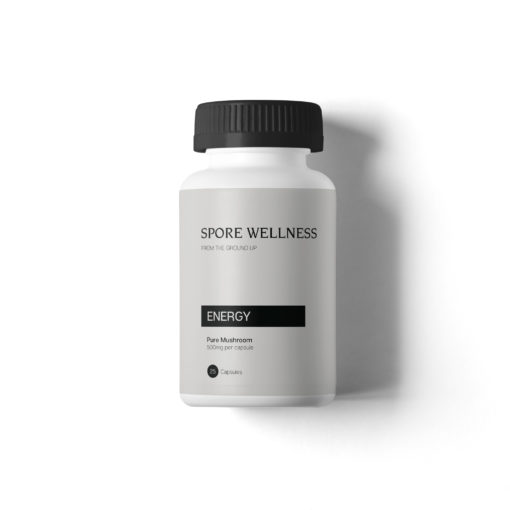